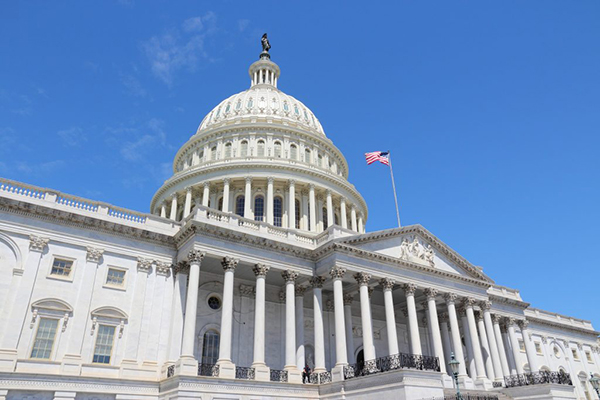 Decades of combined experience for high-stakes clients in the political and public affairs battles gives the Advantage team the hard-won perspective and insight to make sure your programs deliver impact on their own – or work seamlessly as a valuable asset within your broader campaign.

With more than 25 years of political and corporate campaign experience, Aris McMahon brings an in-depth understanding of voter contact strategies to federal, state, and locally elected officials, as well as public affairs campaigns.

Prior to joining Advantage in 2001, Aris worked with campaigns and campaign committees, including the National Republican Senatorial Committee (1994) U.S. Senator Bill Frist’s initial race (1994), Senator Bob Dole’s New York State primary campaign (1995-96), and the 1996 Dole for President team for the Iowa caucuses. As a Senior Account Executive at Fabrizio McLaughlin and Associates (1997- 00), Aris managed media accounts for numerous national political and corporate campaigns. In 2000, he served as campaign manager for Felix Grucci’s successful race in New York’s First Congressional District. Aris was named a partner at Advantage in 2005, and President in 2016.

A native of Bayside, New York, Aris received a B.A. from Syracuse University’s Maxwell School of Citizenship and Public Affairs. He and his wife Gibson live in Alexandria, VA with their three children.

Tricia (Pearson) Korcheck joined Advantage, Inc. in 2009. Tricia brings over 20 years of extensive political experience to the Advantage, Inc. team. She has done work ranging from campaign management and general consulting to fundraising for candidates and state parties throughout the western United States.

Previously, Tricia spent a cumulative ten years serving in various capacities in the U.S. Senate. Tricia also served as the Western Region Political Director during the 2003-2004 election cycle and played a pivotal role in electing five Republican Senators to the United States Senate in 2004.

Tricia started in politics with Senator Conrad Burns (R-MT) in 1994. Tricia is also proud to have been Executive Director of the Montana Republican Party from 1997-1999. Tricia holds a B.A. degree in Political Science from the University of Montana. She is a native of Billings, MT and currently resides in Colorado Springs, CO with her husband Kevin.

Prior to joining Advantage, Tyler served as Deputy Director of State Party Development at the Republican National Committee. In this role, Tyler oversaw RNC Political’s inaugural Growing Republican Organizations to Win (GROW) Program during the 2019-20 cycle, a national effort to assist state and territory parties with tailored organizational guidance geared toward lasting self-sufficiency and building foundations that breed success at every stop on the ballot. All told, the 2019-20 GROW Program completed more than 125 hours of hands-on engagement that translated to over $1.3 million in direct support to state and territory parties.

Before his time at the RNC, Tyler was Senior Project Manager and Client Services Director at Templar Baker Group in Lansing, Michigan, providing political and business development counsel under the tutelage of Founder and CEO Bobby Schostak. While at TBG, Tyler oversaw 23 client accounts and the Michigan-based efforts for two national interest groups. He also served as Director of Operations on Attorney General Bill Schuette’s gubernatorial bid during the 2018 cycle, where he helped onboard and train new hires, advanced and staffed over 50 events, and managed a budget of $7.5 million.

Tyler also previously worked as Statewide Political Coordinator for the Michigan Republican Party in the 2014 cycle, where he directed political operations for state and county conventions and assisted in management of the mail program. Before that, he served as a Regional Field Director supporting Governor Chris Christie’s reelection campaign in New Jersey.

Born and raised in suburban Philadelphia, Tyler earned a double degree in Political Science and Economics from Wake Forest University in 2013. He enjoys spending his free time in the company of family and friends and is an avid golfer.

Caroline Sekula joined Advantage in 2010. She currently serves as Director of Call Center. She works one- on- one with account managers, as well as clients, to ensure the best possible outcome on live and auto calling projects. She also focuses on operational objectives, productivity goals, and implementing quality and customer-service standards. Caroline also plays a key role in strategic planning for call center operations.

Before relocating to Nevada, Caroline started her call center career in her home state of Utah. She enjoys going to Lake Tahoe whenever she gets a chance and playing volleyball in her community league. Caroline currently lives in Reno, Nevada.

Courtney Mattison joined Advantage as an Account Executive after having previously worked at Americans for Tax Reform as an Associate. At Advantage, Courtney works with campaign, consultancy, and issue organizations to implement strategic programs that achieve their legislative and electoral goals. Courtney also oversees Advantage’s federal franking accounts, helping to connect Republican members of Congress with their constituents.

Courtney’s involvement in politics started at 14, when she helped create a legislative internship for young women in the Vermont State House through the Girl Scouts, and includes internships at the American Conservative Union, American Legislative Exchange Council, and State Policy Network in addition to communications and campaign work for state and local candidates in Vermont.

Her efforts have earned Courtney the Vermont Secretary of State’s 2010 Enduring Democracy Award and an alternative delegate position to both the 2012 and 2016 Republican National Conventions.

Courtney currently resides in Arlington, VA and enjoys volunteering, playing tennis, and rooting for the Cubs in her spare time.

Rachelle received her Bachelor’s in Political Economy from Clemson University in May 2011. After spending a year studying mathematics at Clemson she moved to Arlington, VA to pursue a Master’s degree in Political Science at George Mason University. Rachelle joined our team right after graduating with her Master’s May 2014.

While she was born in Albany, NY, she spent her childhood in Aiken, SC. However, she currently lives in Charleston, SC where she spends her free time learning new computer programing languages (Python, R, and Javascript). She is also a passionate home chef with a proclivity for Middle Eastern, Southeast Asian, and Southern foods.

Before joining Advantage, Kalley attended the University of Minnesota studying Political Science and Economics. During her time at the University of Minnesota, she was involved in Student Association as the Director of Public Relations. Kalley has served as a Cabinet Member at Future Female Leaders, Co-Chair of the Minnesota College Republicans, and member of You Matter, an organization dedicated to mental health.

A Minnesota native (and still an avid Vikings fan), Kalley currently resides in Trenton, Missouri with her partner. In her free time she likes to volunteer and fundraise for the local animal shelter, read, discuss politics, and cook.

Kristin Vieira joins Advantage as a national client manager. She supports Advantage Grassroots clients helping them innovate and maximize our field programs through data and technology.

Kristin served as State Director for the McConnell Victory Committee and the Republican Party of Kentucky in 2014 as well as RNC Victory Director in Nevada in 2012. She has also worked on several Congressional and Presidential Campaigns. Her prior experience with managing the daily demands of executing a field program helps our clients as they reach their grassroots goals.

Kristin currently lives in New Jersey, where she volunteers and roots for her beloved New York Giants and Yankees.

Sherra McGowan joins Advantage, Inc. as a client manager with over 2 years of experience providing customer support and client management in the voter contact application space. Her previous experience in campaign field operations and at right-leaning national organizations provides her with a deep and broad understanding of the technological and data needs of all clients, big and small.

Prior to joining Team Advantage, Sherra served as a Nevada field director for Americans for Prosperity during the 2014 elections. After establishing the field program in Southern Nevada, Sherra would take her talents on the road, providing logistical support and training to AFP field teams in 4 different states featuring competitive Senate Elections: Arkansas, Colorado, Iowa, and Louisiana.

Before Americans for Prosperity, Sherra served as the Executive Assistant to the RNC Political Director. Her role found her working on behalf of Republican candidates and Members of Congress, State Party Committee Chairmen and Executive Directors, and Republican National Committee Members.

Sherra started her campaign experience in her hometown of Las Vegas, NV in 2006. Her experience included grassroots volunteering, voter registration, coalition building, and political fundraising. She currently resides in Washington D.C. with her husband Jeff McGowan, whom she blames for her start in Republican Party politics.

Josef Leveratto joined Bridgetree, Inc. March 2015 and serves as the Product Manager for the Advantage Website and Applications. This role involves ensuring the systems are running to customers’ expectations on a day to day basis. He works with customer input to continually look for improvement on the website and mobile applications.

Prior to working for Bridgetree, Joe worked as the Data Director for the Republican Party of Wisconsin 2012-2014, during the 2012 Romney Presidential election and Gov. Scott Walker’s 2014 reelection.

He currently lives in Whitewater, WI with his fiancée Janet Salgado. Currently they are planning to get married in early 2019.

He directed the expansion of SAFE Trust by increasing PAC contributors from 14,000 to 38,000 and increasing receipts from $1.2 million to $2.9 million in a three year period. His efforts on behalf of the state programs resulted in state PAC receipts more than doubling in two years. In addition, Butzke supervised the election of more than 600 NFIB members to the 1995 White House Conference on Small Business.

Prior to joining NFIB, Butzke was president of Jeff Butzke and Associates, a political consulting firm specializing in local elections. In 1989, Butzke & Associates began conducting campaign seminars in Eastern Europe, helping to train over 300 political candidates, elected officials and staff in nine countries in the pragmatic details of the democratic political process.

Butzke was named one of the “Top Political Leaders in America” and a “Rising Star” by the number one political magazine in America, Campaigns and Elections. A 1978 graduate of Fordham University in New York with a Bachelor of Science degree in Business Administration, Jeff Butzke lives in Naples, Florida.

Prior to joining Advantage, Jim was the Vice President of Online Campaigns at Advocacy Group, Inc., overseeing digital recruitment campaigns designed to move real- world political policy. His work included grassroots recruitment and mobilization as well as the development of creative digital tools to advance and augment messaging. Previously, Jim served as Director of Grassroots Campaigns at Mercury. There, he managed state and Congressional district field campaigns to impact national policy decisions on issues ranging from health care to tort reform to food allergy awareness.

Jim is a frequent lecturer on grassroots mobilization and public relations. He lives in Centreville, Virginia with his wife and twin daughters.